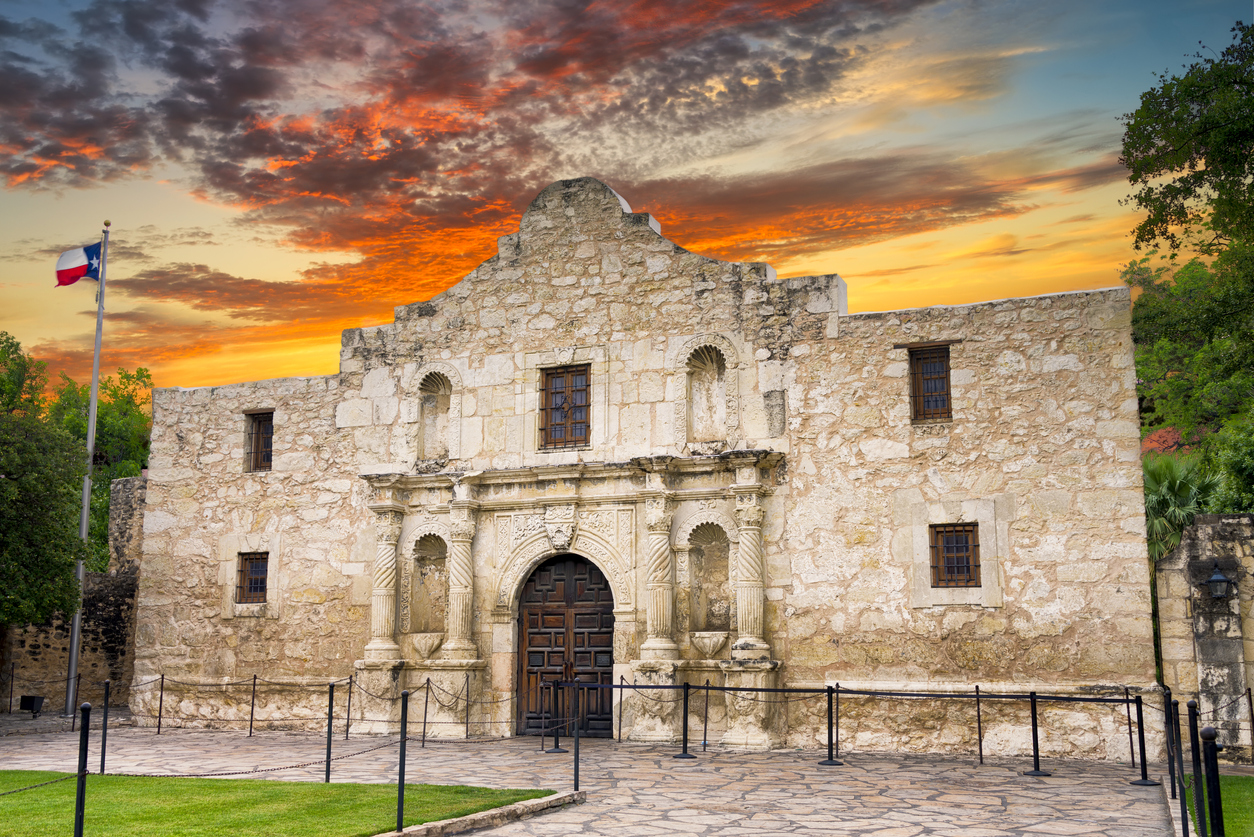 Did you know that San Antonio is the seventh-largest city in the United States? It's home to over 1.5 million people and boasts a rich culture and history. Whether you're looking for great food, employment opportunities, or just some place to relax, San Antonio has something to offer everyone. In this blog post, we'll explore 25 amazing facts about living in San Antonio. So put on your cowboy boots and get ready for a wild ride!

Get ready for some bats!

San Antonio is home to the world's largest urban bat colony - with over 1.5 million Mexican freetail bats living under the Witte Museum Bridge!

Grab a margarita and hit the Riverwalk.

San Antonio's famous Riverwalk is one of the city's premier attractions, lined with shops, restaurants, and entertainment venues. Enjoy a refreshing margarita or local beer while walking along the riverbanks admiring its beauty!

With an average temperature of around 65 degrees throughout most of the year, you can count on San Antonio to keep you cool in summer and warm in winter. Don't forget your A/C though, cause it can get very hot during the summer months. In fact, San Antonio has been bringing the A/C since 1928, with the very first air-conditioned office building in the country!

It's a great place to find a job.

San Antonio's economy is thriving, and its unemployment rate is consistently lower than the national average - making it a great place to find employment opportunities!

Check out the UNESCO-verified sites.

The San Antonio Stockshow and Rodeo  has been using the same dirt since 1988! By reusing the same dirt every year, they save nearly $25,000. The dirt is stored on a back lot on the grounds of the AT&T Center and it is cleaned and refined before it’s used again. It helps conserve resources while reducing waste and promoting sustainability - what could be better?

It's all about the breakfast tacos.

San Antonio is known for its delicious breakfast tacos, which are a staple of the city's cuisine. Get ready to enjoy some tasty treats!

But there's plenty of good food to go around.

From mouthwatering barbecue to Tex-Mex and more, San Antonio has something for everyone when it comes to food. With a variety of restaurants featuring cuisines from around the world, you can find something to satisfy every craving!

The Tower of the Americas is taller than the Seattle Space Needle.

At 750 feet tall, San Antonio's Tower of the Americas is taller than Seattle's famous Space Needle by 50 feet! Climb up this iconic structure and take in the stunning views of the city.

We've got the second-oldest park in the U.S.

San Antonio's Brackenridge Park, established in 1899, is one of the oldest parks in the country and home to some of San Antonio's most notable attractions, including a Japanese Tea Garden, a public golf course, and The Witte Museum.

...And the oldest church in Texas!

San Fernando Cathedral was founded by Franciscan priests over 300 years ago, and it is the oldest continuously functioning religious site in Texas. Take some time to admire its beautiful architecture when visiting San Antonio.

Enjoy Mexico without crossing the border.

San Antonio has a rich Mexican culture, and with just a short drive south, you can enjoy the authentic flavors and sights of Mexico without leaving the United States. Specifically check out Historic Market Square, the largest Mexican market in the U.S. This vibrant three-block outdoor plaza is lined with shops and restaurants located conveniently in downtown San Antonio.

Unlike many other states, Texas does not have an individual or corporate income tax - meaning you could save some major bucks on taxes when living in San Antonio!

Get more bang for your buck in the housing market.

San Antonio's affordable housing prices make it one of the most attractive cities to live in, offering more space and value for your money compared to other larger cities in the U.S.

There is fantastic shopping!

San Antonio offers plenty of options for those who love to shop - from high-end boutiques to local markets and everything in between, you'll find what you're looking for.

The annual Fiesta San Antonio is the second-largest parade in the U.S.

Every April, San Antonio celebrates its vibrant culture with a ten-day celebration featuring elaborate parades throughout the downtown area - and it's the second-largest parade in the country! Enjoy watching as bands and floats pass by in all their glory.

Basketball or football - take your pick.

San Antonio is home to both the NBA basketball team "The Spurs" and plenty of talented high school football teams such as Alamo Heights HS, Lee HS, New Braunfels HS, Jefferson HS, Judson HS, Steele HS, Churchill HS, Reagan HS, Johnson HS, and Clark HS. Most of which are frequently in the conversation for state and regional championships. So you can choose which one you want to cheer on!

We've got great wildlife and zoos.

San Antonio is home to the San Antonio Zoo and Aquarium, Natural Bridge Wildlife Ranch, and Sea World - all great places to see some amazing creatures!

The San Antonio Museum of Art is a masterpiece.

This world-class museum features works from European, American, Latin American, and African artists spanning a period of hundreds of years. From modern art installations to ancient sculptures, it's sure to delight any art enthusiast.

It's the "Most Romantic City in the U.S."

San Antonio has been named one of America's most romantic cities due to its beautiful scenery, historic sites, and diverse culture - making it an ideal spot for couples looking for a romantic getaway. But the rating is based largely on an Amazon survey that rates the country's most romantic city based on the sexiness of the products people bought!

It's a great place to get Zen.

Head over to the San Antonio Botanical Garden and take in the peaceful beauty of nature, or visit one of the many parks around town if you're looking for a quiet spot to relax and find your inner peace.

And a perfect balance of urban and rural life.

San Antonio is a beneficiary of urban sprawl. Meaning the city has the space to grow outward instead of upward. This creates a great balance or urban and more idyllic rural life. It’s still very much a big city with small-town vibes.

You can enjoy a good haunting if you want to.

Like ghosts? Then San Antonio is for you! In fact, San Antonio is considered one of the most haunted cities in the U.S., according to Yahoo Travel. Many historical buildings, hotels, museums, and parks across the city are reportedly haunted. Catch a ghost tour and find out for yourself!

And last but not least... Remember the Alamo!

No list of the treasure of San Antonio is complete without mentioning this historic site - it stands as an enduring symbol of courage and sacrifice and is remembered by people all over the world. Pay homage to those who fought bravely here so long ago!

Do you want to live in a city that has it all? San Antonio is the place for you! From our world-famous Riverwalk and great shopping to our delicious food and amazing culture, there's something for everyone here. And if that's not enough, we're also home to some of the most beautiful parks and wildlife in the country. So what are you waiting for? Come join us in the Alamo City! 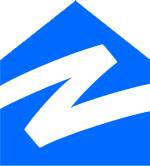 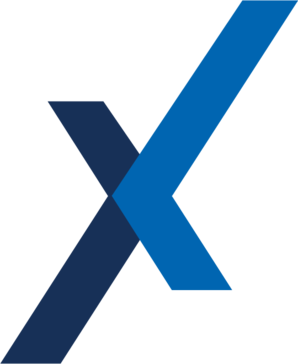 Click Here To View All
« Previous Article Next Article »

How Does A Cash Out Refinance Work In Houston, Texas?

If you're a homeowner in Houston, Texas and you're looking for a little extra cash, you may be...
Read More
Buying Homes in Texas

Buying a home can be a daunting task, but with the right information and preparation, it can be a...
Read More

Do you want to qualify for a mortgage for your home?

Get instant blog update right into your mail box